The Jones Act: Foundation of the towing industry

The American Waterways Operators is privileged to advocate on behalf of the U.S. tugboat, towboat and barge industry. With 5,500 tugboats and towboats and over 31,000 barges, our industry stands as the largest segment of the U.S. Jones Act fleet.

Each year the marine towing industry moves over 760 million tons of commodities that drive the American economy and help sustain its people and way of life; supports over 300,000 jobs nationwide; and partners with the U.S. Coast Guard to elevate safety on the waterways and serve as “eyes and ears” on our nation’s coastal waters and inland rivers to detect and report potential threats.

The marine towing industry is critical to the prosperity and security of the United States, and the Jones Act is foundational to the existence of this industry. Without the Jones Act: 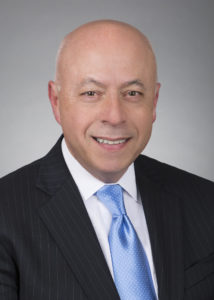 Thousands of family-wage American jobs would be lost. The 300,000 jobs supported by the marine towing industry include tens of thousands of mariners who work onboard tugboats and towboats across the country. These are well paying, family wage jobs that serve as ladders to the middle class and offer meaningful career advancement opportunities. A high school graduate or military veteran can start as a deckhand and work their way to captain earning a six-figure salary in less than a decade. AWO is proud to highlight the hardworking men and women that comprise this industry in its #FacesoftheJonesAct social media series.

Unsafe vessels would proliferate on the waterways. If the Jones Act were weakened or repealed, transportation and commerce on America’s waterways would be ceded to foreign vessels and crews operating under flags of convenience to avoid tax, labor and other regulatory obligations, raising the risk to safety from unsafe vessels or crewing practices. For nearly 25 years, our members have partnered with the Coast Guard to cooperatively and proactively improve industry safety. An influx of foreign operators with comparatively less investment in such collaboration, and the ability to simply sever U.S. operations in the event of a serious safety or environmental incident, would dilute the positive effects of those efforts that have improved the livelihoods of the men and women who work in the maritime industry or live along America’s rivers and coasts.

National and homeland security would be put at risk. The Jones Act provides the U.S. military with a robust pool of well-qualified mariners to support sealift operations in times of war or national emergency and ensures that the U.S. maintains critical domestic shipbuilding capacity. Every day of the year, marine towing vessels support the operations of America’s military services by delivering fuel, transporting vehicles and cargo, and docking ships. As the former commander of the U.S. Navy Military Sealift Command noted recently: “The Jones Act ensures a level of maritime capability for America’s defense that cannot and should not be yielded to foreign nations …”

The Jones Act is also a vital component of our homeland security. Without this law, the proliferation of foreign commercial vessels and mariners operating on our domestic waterways would raise the risk to our critical infrastructure and demand significantly higher resources and funding for the Coast Guard and Customs and Border Protection to keep every port and segment of our coastal and inland waterways secure.

Weakening or repealing the Jones Act would do great harm to the U.S. economy and make the United States and its waterways less safe. We owe it to our mariners and the communities they serve, to our soldiers and sailors who rely on sealift support to fight the nation’s wars, and to our partners in the Coast Guard to make sure that does not happen.

Celebrating the Jones Act on its centennial