Inspections of grain from U.S. ports increased 50% in the first quarter compared to the first quarter of 2020, hitting a record 40 million metric tons (mmt), according to the U.S. Department of Agriculture’s Federal Grain Inspection Service (FGIS). 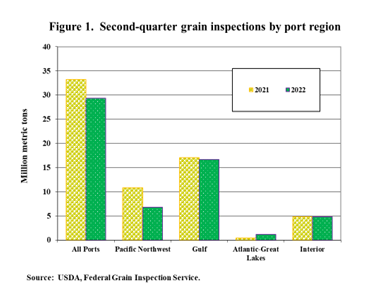 Grain inspections down from previous week

Laborde Products adds Matte and Lapeyrouse to its sales team