To LNG or not to LNG

Like many residents of Puget Sound’s Whidbey Island, I’ve got a small generator as backup when the grid power goes out, which it does several times a year, sometimes for several days. My current machine is a Champion 6 kW model that I bought at Costco. It’s been great. Starts right up and supplies 120 volts to my refrigerators and freezers, so the beer stays cold and the fish frozen.

The generator is dual fuel: propane or gasoline. Mostly I use propane, from a 30-lb. tank, because it can last longer than the internal gas tank. I also don’t have to worry about the gasoline being old and the carburetor getting gummed up. It doesn’t put out as much power when running with propane, but that’s a trade I’m willing to make.

I bring this up because I’ve been looking into dual-fuel engines for boats, which for commercial marine vessels means LNG and diesel. In practice, most such boats operate almost entirely on LNG, although a dual-fuel engine requires a small amount of diesel to ignite the gas. But these engines can and do operate entirely on diesel without any modifications. If LNG isn't available, you can easily switch to all diesel.

You get environmental benefits from running on gas, too. SOx, NOx and particulates are eliminated or reduced significantly. And burning natural gas emits less carbon dioxide (but more methane) than burning diesel.

Up in British Columbia, BC Ferries now has six vessels (out of 35) that run on LNG. Four of these comprise the Salish class, all double-enders that carry 138 vehicles and up to 600 passengers. The Salish Heron will be featured in WorkBoat magazine’s On the Ways section next month. 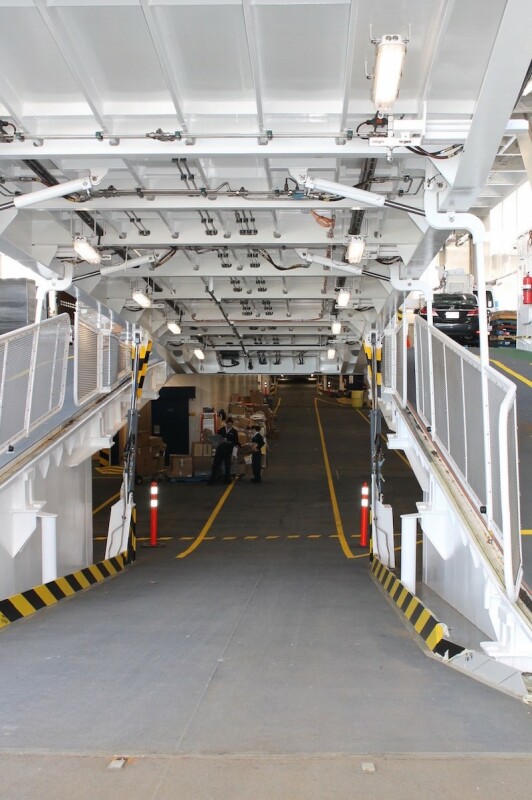 BC Ferries can do this because the province has not one but two natural gas liquefaction plants, one on the mainland south of Vancouver, and the other on Vancouver Island. BC Ferries gets LNG trucked to them from both facilities. The LNG also saves the ferry service a ton of money. Fuel costs on converted boats are half of their former amount.

Here in Washington state, we don’t yet have an LNG plant, so TOTE Ocean Express hasn’t been able to switch from diesel for its route to and from Alaska, as it has done in Florida for its Puerto Rico service. However, a long-delayed natural gas liquefaction and storage facility at the Port of Tacoma is about to go online. According to Andrew Padula at Puget Sound Energy, “The Tacoma LNG facility continues to be in the commissioning phase as it prepares to load the first TOTE Maritime vessel later this spring.”

So after years of governmental back-and-forthing and environmental opposition, LNG is about to become available as a marine fuel in Puget Sound. One potential customer, however, has changed its mind about LNG. That’s Washington State Ferries, which had been planning to convert to dual-fuel for rebuilds or future vessels but now has switched to the battery/diesel-hybrid model. This combination is also being embraced by BC Ferries for a new class of smaller boats on more remote runs.

Another upcoming fuel option is methanol. Maritime Partners in New Orleans has announced plans to build an inland towboat powered by methanol converted to hydrogen onboard to fuel electric fuel cells. Methanol can also be burned directly in internal-combustion engines.

It’s a low-emissions world out there, or at least it’s moving that way, as well it must.

With a degree in English literature from the University of Washington (Go Dawgs!), journalism experience at the once-upon-a-time Seattle P-I, and at-sea experience as a commercial fisherman in Washington and Alaska, Bruce Buls has forged a career in commercial marine trade journalism, including stints at Alaska Fishermen’s Journal and National Fisherman, WorkBoat’s sister publications. Bruce spent 16 years as WorkBoat's technical editor before retiring in May 2015. He lives on Puget Sound’s Whidbey Island, about 20 miles north of Seattle (go 'Hawks!).