Celebrating the Jones Act on its centennial

Tomorrow, our industry celebrates the 100th anniversary of the Jones Act. The Act’s contributions to our national defense and homeland security proves that it continues to meet its intent. On this milestone the Offshore Marine Service Association (OMSA) is more focused than ever on the economic security provided by the Jones Act. Specifically, the hundreds of thousands of American men and women that have good paying, family supporting jobs because of the Jones Act 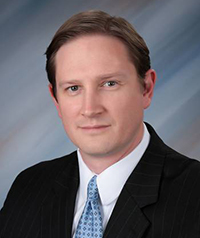 The Navy has said time and again that they depend upon the U.S. shipyard industry and related suppliers to meet our nation’s sealift requirements and protect our national security. For this reason, the Navy has consistently opposed any effort to repeal or weaken the Jones Act.

Similarly, securing our domestic waterways is just as important as securing our borders and toward this end the Coast Guard and Customs and Border Protection have stated that our homeland security is increased because of the Jones Act requirements that domestic voyages are made by U.S. citizens licensed by the Coast Guard

The jobs supported by the Jones Act provide a valuable service to this nation. In the case of most OMSA members, these jobs provide for the United States’ international energy dominance by ensuring that we have a safe and reliable supply of domestically produced oil and gas. Jones Act jobs supported by OMSA are the ones responsible for the creation of the U.S. offshore wind industry.

Moreover, the jobs supported by the Jones Act are jobs that we as a nation should be encouraging. These jobs put food on the table and support families. As an example, the U.S. Bureau of Labor Statistics found that the average captain, mate, or pilot makes more than $72,000 per year — more than 50% above the average U.S. salary. Engineers, shipyards and other supplier jobs pay equally impressive and above-average salaries.

It is also important to note that these jobs are found in every state in the nation. This fact was highlighted last month when more than 140 employers sent a letter to Congressional leaders requesting that they include a Jones Act supporting provision in the final version of the upcoming Coast Guard Reauthorization Act.

Finally, it is always important to remember that a small, but well-funded coalition of interests want to eliminate these benefits. Instead of having U.S. citizens build, maintain, and man vessels engaged in U.S. voyages, these interests would rather provide these jobs to low wage workers in or from foreign countries. For our national, homeland and economic security, our nation cannot and should not allow this to happen.

For all of these reasons, I hope our fellow Americans, the maritime industry in particular, will join OMSA tomorrow in recognizing that while there are countless reasons to support the Jones Act, one of the most important is the job producing benefits provided by the Act. OMSA will be commemorating this fact using the hashtag #JonesActJobs.

OMSA expands its board of directors

The most dangerous sharks in the world