Shipbuilders must mix proven methods with today's technology to survive

The face of Bollinger Shipyards for decades was Donald “Boysie” Bollinger. Under his direction, Bollinger shipyards was one of the first in the Gulf to embrace not only building and repairing oil and gas industry vessels but also boats that weren’t part of that industry.

“If you’re not willing to diversify, you’re not going to make it,” Bollinger told WorkBoat in the late 1990s. And he was right. There have been many yards in the last two decades that stubbornly built and repaired for the oil field only. And many of them are not around today.

It’s no secret that the shipbuilding industry as a whole — not just in the Gulf — is slow to adapt to change.

“This is because the art of shipbuilding has been around for centuries and, as with any industry, innovation takes place early in its lifecycle. Moreover, the knowledge of shipbuilding from tradesmen in a shipyard was typically passed down through family lineage or the local workforce that lived around the shipyards,” Darren Guillory, technical solutions specialist with SSI USA, wrote in an article that appeared on workboat.com. SSI USA is the U.S. subsidiary of SSI, an international company providing Autodesk based solutions to the shipbuilding and offshore industry. The company focusses on sales, support, training, and implementation as well as specialized research and development for American users of ShipConstructor software. 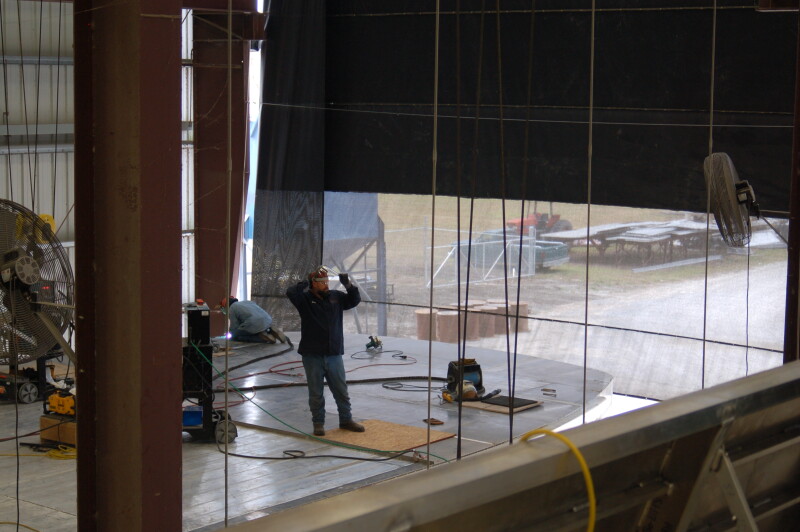 “It’s one reason why shipbuilders tend to be slow to adopt to change from outside sources. As shipbuilders, we tend to ‘stay in our lane’ and stick with the familiar. We tend to hold on to things we know and push back with phrases like ‘we’ve always done it like that.’ This condition has also had the effect of a new problem facing the modern shipbuilding industry,” said Guillory.

That problem is an aging workforce. Many times more experienced shipyard workers are slow to adopt changes or pass shipbuilding knowledge to the next generation of workers. “This has led to a brain drain in the shipbuilding industry and forced modernization from the bottom to the top. The all too dreaded word ‘change’ raises questions the industry must face,” said Guillory.

Nick saban, the University of Alabama's head football coach, has been so successful throughout his career because of his willingness to adapt to change. If he were running the same offense that he was running at Alabama 10 years ago, he would be out of a job.

Maybe it’s time for the boatbuilding industry to go on the offensive, too. Shipbuilding has never been seen as high-tech. But why can’t it be? It might be an answer to the industry’s efforts to attract young people to the shipbuilding industry. Kids want to work for Google, Apple, Facebook, Space X because they perceive it as “cool.”

Yet Austal USA’s automated aluminum and steel manufacturing plants in Mobile, Ala., for example, are state of the art.

“Today’s high-tech industries are shifting towards a purer digital environment, with remote workflows and cloud-based solutions,” wrote Guillory. “The shipbuilding industry, although begrudgingly, is trying to follow suit. With the advent of MRP (material requirements planning), ERP (enterprise resource planning), and PLM (product lifecycle management) systems, the data is now at your fingertips.”

He went on to say that connecting shipbuilding CAD tools to these enterprise solutions is a must in the race to a true digital twin — a virtual representation of a physical system that serves as a digital counterpart of it for practical purposes such a simulation, integration, testing, monitoring, and maintenance.

“With that, shifting to a data-centric workflow forces an organization to answer other serious questions they would rather avoid. Things like: Do I have the right workforce for this type of shift? Do I need to add infrastructure that will help me make these changes? Will this shift give us a return on investment?” Guillory wrote.

Shipyards willing to shift to a data-centric workflow can focus on efficiencies that streamline their businesses.

“Two things become evident in a shift to this workflow,” said Guillory. “First, the design phase becomes a central focus, and designers need the ability to use multiple design tools that allow the accurate addition of information to the model. Second, the design must become as detailed as possible so all stakeholders can access information from the model and trust that it is accurate and up to date.”

Switching over to the data-centric model is not something that can be done overnight. And there are big differences between shipyards that employ 23 people and shipyards that have hundreds of workers on their payroll. It’s a process and not an easy one. “Any shift to a data-centric workflow can be a major undertaking for any industry, but more so for one reluctant to change,” Guillory wrote.

The weather has always been a worthy opponent of the shipyard owner’s attempt to run a smooth operation. It doesn’t matter where the yard is located, it will face the vagaries of Mother Nature as sure as the sun will set in the west. Floods, hurricanes, earthquakes, tornadoes, snow, extreme heat, extreme cold are all in play when one attempts to build a boat. The only difference is where one is trying to build it. 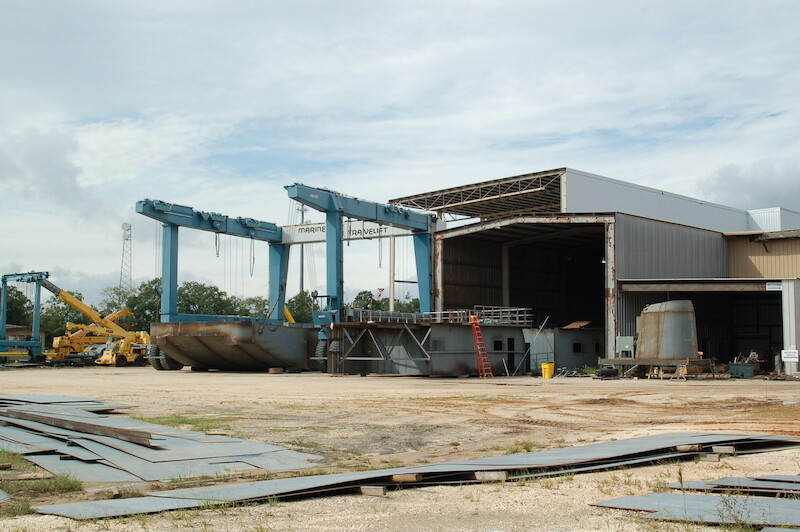 Even if the boat is being built inside, the weather outside can have an effect on whether the needed supplies can be delivered on time, your employees can get to work, or the flood waters can get inside. What about the weather effects on the electrical grid or the wind tearing at the roof?

Extreme weather patterns such as those being experienced across the world this year are a real threat to shipyard owners everywhere.

“Shipyard work has become nearly impossible in the sweltering temperatures and workers have had to take unscheduled breaks’ meaning that production has been delayed,” according to a report written by three of UK-based Reed Smith’s shipping lawyers — Thor Maalouf, Sally-Ann Underhill and Lianjun Li. “Many yards are therefore having to declare force majeure due to extreme weather and, whilst owners may push back depending on their particular wording, it is hard to see what the yards could reasonably do to alleviate the current conditions.”

These conditions can keep a shipyard from being able to deliver a boat on time. Reed Smith’s report said that shipyards have traditionally done poorly in court concerning cases dealing with delivery delays. To protect your business the report suggests doing the following:

• Claim for permissible delays as they arise, and make sure records of delays supported by critical path analysis are kept.

• Comply with all formal notification provisions under the contract.

• Keep a record of how the conditions have impacted work at other yards, and even how they have impacted other industries, in the region.

• Keep a clear record of what has been done to try to overcome delays in an effort to demonstrate that the yard has acted reasonably.

“Most shipbuilding contracts set an agreed ‘delivery date’, with liquidated damages payable to the buyer (via reduced purchase price) in case the yard misses the delivery date,” the report said. “They tend to contain a system for calculating a long stop date, on which the buyer gets a right to cancel the contract completely if the ship has not been delivered. Most shipbuilding contracts also contain a mechanism by which the yard can push back the contractual delivery date in case of certain types of delay.”

Usually, force-majeure delays are tolerated as long as the contract has delay provisions.

“The term ‘Act of God’ is frequently used as a catch-all provision in force majeure clauses, such as Article VIII of the SAJ (Shipbuilders’ Association of Japan) Form of shipbuilding contract,” according to the Reed Smith report. “It has been defined in English law as ‘such an operation of the forces of nature as reasonable foresight and ability could not foresee or reasonably provide against.’ If the yard wants an extension of the delivery date based on an ‘Act of God,’ it must prove not only the impact of a natural phenomenon on the expected delivery date, but also that it could not reasonably have been avoided.”

The report does bring up the question of whether extreme heat can be identified as an Act of God. “It seems likely that weather can constitute an ‘Act of God’ if it is so extreme, judged in light of the usual conditions at the place of contractual performance, that the yard could not reasonably have been expected to take steps in advance to avoid it, according to the report.

A worker strike is another event that can have an effect on the yard’s delivery date. “For example, in a strike situation, the buyer could argue the yard has been unreasonable in its dealings with its workforce i.e. the strike was not in fact outside the yard’s control,” the report noted. “The courts have been sympathetic to arguments like that."

The shipbuilding shift to a data-centric workflow