Austal USA President Craig Perciavalle has resigned. His resignation comes after investigations by U.S. regulatory authorities that focused primarily on the Mobile, Ala., shipyard's operations, including the write back of work in progress (WIP) attributable to the LCS program in July 2016, the procurement of certain ship components for use in connection with U.S. government contracts, and charging and allocation of labor hours. 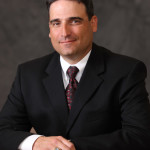 Austal USA has appointed its current CFO, Rusty Murdaugh, as interim president while it searches for a permanent replacement.  Murdaugh has been Austal's CFO since March 2017.

Austal and its wholly owned subsidiary Austal USA have been cooperating with U.S. regulatory authorities in these investigations. Austal has also engaged external lawyers in the U.S. to conduct their own detailed investigation into the focus of the investigations.

Following the completion of that external investigation, Austal said that "it is satisfied that the quantum of the write back of WIP that was announced on July 4, 2016, appropriately adjusted Austal’s revenue and profit following the revision that was made to the estimated cost to complete the remaining vessels in the LCS program."

However, the company notes that:

Austal and Austal USA are engaging with U.S. regulatory authorities regarding these investigations. It is not possible at this stage to predict what action (if any) they may take in relation to these matters, Austal said. However, Austal said they are "confident that the proactive steps it has already implemented to strengthen its internal reporting and compliance practices will be taken into account in determining whether there are any potential consequences arising from matters identified by the investigation, as well as ensuring such circumstances do not happen again."