The four vessels, the Harvey Power, Harvey Liberty, Harvey Freedom, and Harvey America, will each be fitted with a Wärtsilä ESS comprising a closed bus-tie 1,360-Kw drive with 746 kWh 1100 VDC batteries. The retrofit project will begin in 2021 and be completed in early 2022.

When the upgrade project is completed, all five vessels will be capable of full tri-fuel operation, thus providing Harvey Gulf with the most flexible, fuel efficient class of PSVs in the Gulf of Mexico, according to Wärtsilä. The boats will be capable of closed bus dynamic positioning (DP) operation running only one engine augmented by the Wärtsilä ESS. When stationary in the field or in port, the boats will be able to operate on battery power only, thereby greatly reducing both fuel consumption and exhaust emissions.

“The conversion to tri-fuel technology is a tremendous addition to our already successful Harvey Energy-class PSV’s. Wärtsilä’s advanced technology and its unwavering commitment to service support were extremely important factors in our decision to select them for this project,” said Shane Guidry, Harvey Gulf president and CEO.

Under the agreement, Oceaneering will provide eight Millennium Plus ROV systems, personnel and accompanying survey suites in a multi-year deal supporting Harvey Gulf Subsea as they move ahead with plans to become a bespoke solution provider for Gulf of Mexico.

“Our U.S.-flag, Jones Act Fleet are the premier constructions assets in the Gulf of Mexico,” said Guidry. “Our investment in powerful, modern, fuel efficient and built for purpose platforms continues to pay dividends. It allows our vessels to transit faster and DP in higher currents and heavier sea conditions with lower fuel consumption and carbon emissions than our competitors. Once outfitted with batteries, the fleet will further reduce carbon emissions thus helping our clients with meeting their decarbonizing goals. Additionally, both the 165 metric ton and 250 metric ton-class vessels lower more weight faster and safer than our competition’s comparable assets. This gives our clients a higher safety factory when lowering and lifting and reduces liability exposure. These vessels were built with efficiency and safety as cornerstones of their designs to save our client’s time and money.” 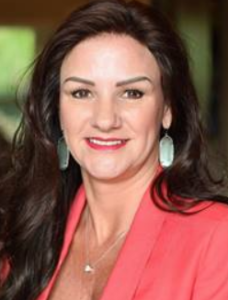 Also, HGSS recently announced that it has named LaDawn Lounsbury to its business development team. During her 12-year career, which includes positions with Helix, Ranger Offshore, Oceaneering International and, most recently, Bayou Companies Deepwater Flow Assurance and Coating and Insulation Business, Lounsbury has gained extensive subsea background and well-established relationships with clients.