U.S. Gulf of Mexico offshore service operators see opportunity in the early stages of the U.S. offshore wind industry – and its impending shortage of suitable workboats.

With two Northeast projects approved by the Bureau of Ocean Energy Management and 12 construction and operations plans submitted, “what you will be seeing over the next 24 months…is these churning through the process,” said Liz Burdock, CEO and president of the Business Network for Offshore Wind, at a Thursday breakfast meeting at the International WorkBoat Show. 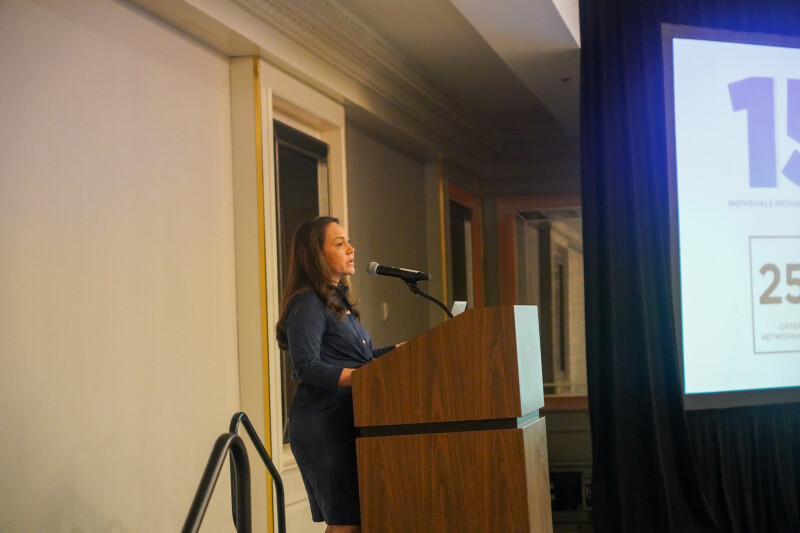 It’s part of the Biden administration’s drive for 30 gigawatts of offshore wind power potential by 2030. Some 14 GW in offshore power commitments secured by states and developers will translate to about 1,000 turbines off the East Coast, said Burdock.

But “if we rely solely on newbuilds, we won’t reach the 2030 target,” said Burdock.

The sole U.S.-flag wind turbine installation vessel, the Charybdis, now under construction for Dominion Energy, will have a 2,200-ton capacity crane able to handle the coming generation of 12- to 14-megawatt turbines, and it’s already committed for years.

The lack of Jones Act-compliant WTIVs has been one theme in arguments that U.S. wind development is hobbled by the law, which requires that merchandise moving between U.S. points be carried on U.S.-built, -crewed and -owned vessels. 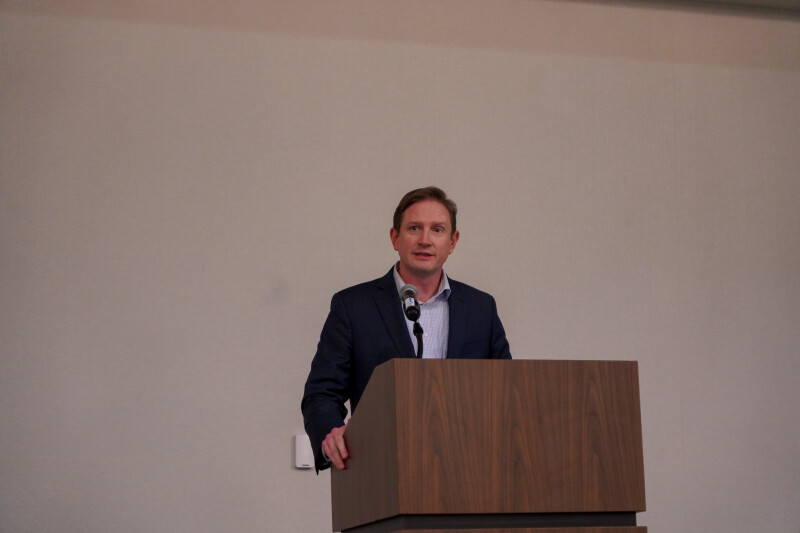 “It’s claimed the Jones Act will halt offshore wind. I’m here to tell you that’s not true,” said Aaron Smith, president and CEO of the Offshore Marine Service Association. “The U.S. maritime industry has always responded to the market.”

Smith cited how OMSA member companies built a new class of subsea construction vessels for the Gulf of Mexico oil and gas industry, resulting in a fully U.S.-flag fleet.

Given “certainty and predictability,” U.S. operators have made those kinds of long-term investments in dredging vessels, and can do the same for wind, said Smith.

“Some say we are too pure on the Jones Act, we wear that proudly too,” he added. “A belief you can get around it, or a failure to enforce it,” will stop offshore wind development in U.S. waters, he cautioned.

Political support for the Jones Act is such that Congress amended the law to cover “valueless merchandise,” said Smith. That was one critique raised by OMSA in a recent report that cited use of a foreign-flag survey vessel to transport sea floor soil samples to shore in Virginia earlier this year.

“All of these little loopholes have been created by bureaucrats in private correspondence,” he said. “When certainty has been presented to the U.S. industry, we’ve always responded.” 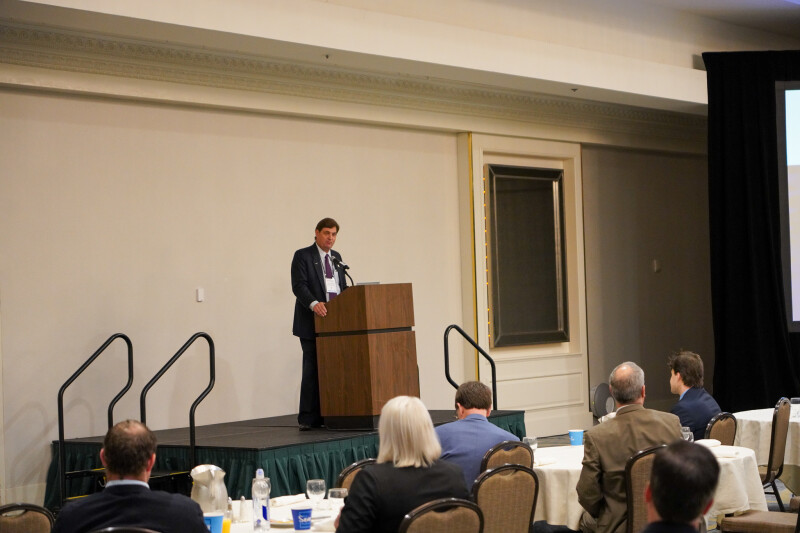 There is intense interest in joining that business, he added: “Three times a week I get calls from small machine shops, oil and gas suppliers” asking how they can get involved.

Orgeron took liftboats up the East Coast to conduct seafloor soil sampling and work on installing the five turbines of the Block Island Wind Farm 30 MW project in 2016.

Offshore service vessels carrying equipment in containers can work on the East Coast projects, and one Gulf vessel was called to Block Island to stand by during operations and maintenance work, said Orgeron.

Some ways of doing business will evolve – probably including the “muscle-car mentality” of speed and power in the gulf, toward lower impact, lower emissions operations that wind developers will strive for, he said.

While there is less wind resource over the Gulf than the Northeast waters, Orgeron says there still are promising areas. In developing wind, states should take a broad regional look at the economic benefits they can all share, he added.

“There will be enough gravy in offshore wind that Louisiana will get its share,” he said.