The maritime industry is applauding the U.S. Senate’s confirmation of Pete Buttigieg, the former mayor of South Bend, Ind., and a 2020 Democratic presidential candidate, to oversee the U.S. Department of Transportation under President Biden. The vote on Tuesday was 86-13. 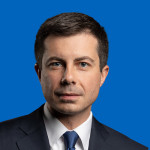 Although Buttigieg has no direct ties to the industry as former DOT Secretary Elaine Chao did, industry groups are heartened by his strong public support for the Jones Act, and for his commitment to rebuild the nation’s infrastructure, including investments in ports and waterways.

As head of DOT, Buttigieg will play an important role in Biden’s ambitious agenda to win congressional approval for major infrastructure improvements, improve safety and efficiency of the nation’s transportation modes, and address the damaging effects of climate change that includes using more renewable energy in the transportation sector.

Of top priority for maritime groups is having a strong voice for the Jones Act within the new administration and at the White House. With Buttigieg and Biden they scored on both.

Under questioning from senators during his Jan. 21 confirmation before the Senate Commerce Committee, Buttigieg said, “the Jones Act is so important to a maritime industry that creates hundreds of thousands of jobs, as well as the shipbuilding industry here in the U.S.”

The Jones Act requires that all cargo transported by water between U.S. ports be moved on U.S-flag vessels built in U.S. shipyards and owned and crewed by U.S citizens.

Buttigieg’s nomination drew the support of maritime groups that strongly urged his confirmation.

“We look forward to working with him and his team at DOT to foster policies that position the tugboat, towboat and barge industry to continue making vital contributions to America’s economic, national and homeland security,” Jennifer Carpenter, president and CEO and of the American Waterways Operators (AWO) said in a statement.

The challenges facing the industry “require immediate and meaningful responses from our government and call for a Secretary of Transportation who will reflect President Biden’s position that the U.S.-flag merchant marine and the men and women who operate U.S.-flag ships are crucial to America’s national security, our international trade relations and economic development,” USA Maritime, a coalition of maritime unions and shipping companies, said in a letter to senators.

At the White House, the industry was pleased with Biden’s “Buy American” executive order issued Jan. 25 that confirms the president’s support of U.S. maritime workers and the companies operating vessels under the Jones Act. The Jones Act is the only law that was singled out by name in the order’s numerous references to “Buy American” and “Made in America” laws, according to AWO.

Under the order, a Made in America office would be set up within the Office of Management and Budget that would ensure that federal agencies comply with Buy American and Made in America requirements. There would also be a robust review process for Buy America waivers, which would include waivers to the Jones Act.

The order also stated that the recent signing of the National Defense Authorization Act is  “an opportunity to invest in America’s workers as we build offshore renewable energy, in line with the president’s goals to build our clean energy future here in America.”  The maritime industry is closely watching the development of the fledging offshore wind industry as a source of new work for mariners and Jones Act vessels.

Biden’s climate change agenda will also heavily involve DOT as the administration seeks to reduce greenhouse gas emissions in transportation, including emissions from the shipping industry.

At age 39, Buttigieg is the youngest member of Biden’s cabinet, and is the first openly gay cabinet member. A graduate of Harvard and Oxford universities, he served as an intelligence officer in the U.S. Navy.

Meanwhile, Biden has tapped Lucinda Lessley as Deputy Maritime Administrator. She will head the agency until a new administrator is named and confirmed by the Senate. Lessley has extensive experience on Capitol Hill, including a stint as legislative director of the House Coast Guard and Maritime Transportation subcommittee, where she worked on the Jones Act.