Autonomous vessel technology has been positioned as the solution to otherwise unsolvable problems at sea, the majority of which are caused by human error. A significant percentage of at-sea incidents are caused by limitations in conventional perception and situational awareness from the ship’s bridge. While the experience of properly trained professional mariners currently takes priority over the decisions that an auto-pilot might make, autonomy can serve as a best of both worlds solution by enhancing the decision making of those properly trained professional mariners. These solutions are positively impacting safety and making a bottom-line impact in the present, but that value will increase exponentially over the course of the next decade.

A push towards decarbonization will force owners and operators to change how they approach countless tasks. Vessel stakeholders will soon need to consider such sustainability issues in tandem with their operational needs. AI and autonomy can help provide a consistent and reliable platform for operators to work with and plan around. However, effectively adopting these systems means working through distinct operational, trust and regulatory challenges.

Such challenges are by no means trivial, but neither are they insurmountable. As operators see autonomous technology in action, they are very quickly learning what it means to trust but also verify how these systems work. This verification process is helping to define the short term and long-term value of autonomous solutions for vessel stakeholders.

Using marine autonomy in real-world applications today is a matter of operations and permission. COLREGs that were designed decades ago to prevent collisions at sea focused on logistics like steering and sailing, compelling questions about whether or not certain regulations should be revised to accommodate new technology like autonomy. Potential revisions could allow the safety concerns at the heart of existing regulations to be better addressed.

If a vessel has a large blind spot either because of cargo or on account of it being inherent in its design, is it really keeping a proper lookout as defined by existing COLREGs? How well can someone hear sound signals inside an enclosed bridge with the HVAC running? Autonomy can better address the safety concerns of many existing COLREGs, albeit in different ways that might force revisions to established standards.

Regulations that the International Maritime Organization (IMO), which is the global regulatory body for international shipping, has established also need to be considered. Understanding these nuances is a top priority for Arthur Seaman, Product Manager for Sea Machines, which is a leading developer of autonomous marine technology for commercial surface vessels.

“The IMO regulates MASS (Maritime Autonomous Surface Ships),” said Seaman. “When it comes to AI and marine autonomy questions arise such as; What is the role of the master? Are Remote Control Operators considered seafarers if they are shore based? Who is responsible in the event of a marine casualty involving an autonomous vessel? The legal implications with any type of novel technology entering into an existing industry will cause some level of disruption. There is guidance but very little legal precedent that exists to govern how this technology can be or should be used.”

When it comes to autonomous technologies, are unmanned systems vessels? If not, what are they and what regulations should they follow? MASS and autonomous technology has brought to light many problems that existed in these regulations ever since they were established, defining ship operations as we know them. That operational reality is changing for vessel stakeholders of all sizes.

Market realities are compelling ships to get bigger and onboard crews smaller, with technology innovations driving some of these developments. The use of autonomous systems can allow resources to be reallocated to other jobs and tasks onboard the vessel, giving the system the responsibility for certain tasks to allow the crew to focus on more operational matters.

This sort of reallocation would not have been possible a few years ago but improvements to the technology itself have literally changed the game, with solutions like the recently announced JETsense, guided by Sea Machines, showing how far the technology has come in the past few years. This commercially viable solution for operators of all types is being widely fielded across a broad spectrum of commercial uses, highlighting the possibilities that operators can explore and customize based on their specific goals, tasks and needs. 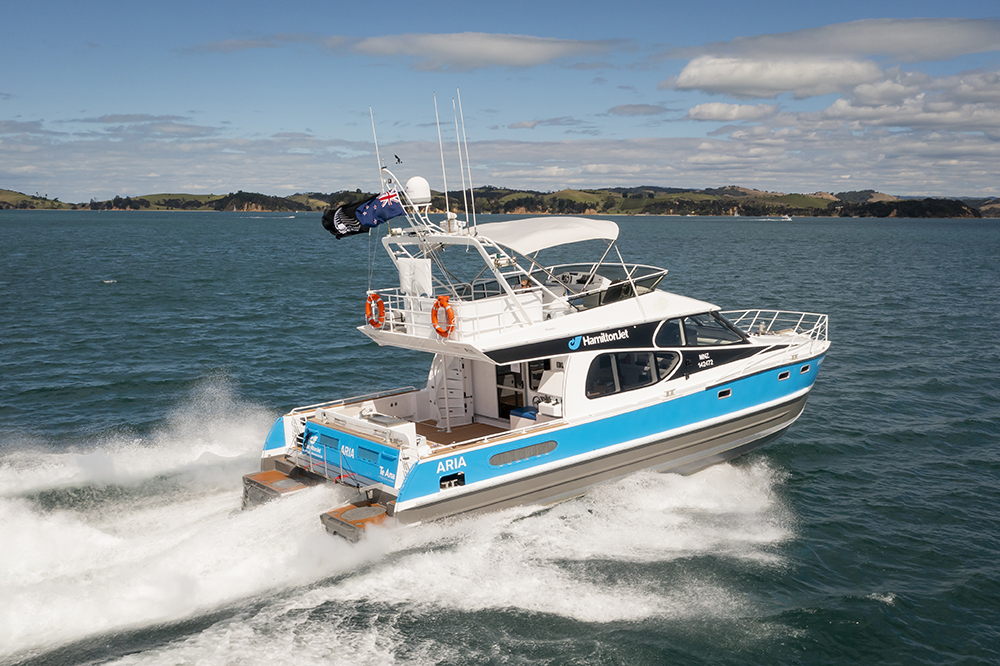 Autonomous systems can provide advanced situational awareness information on the bridge. Systems like JETsense use optical sensors, proprietary algorithms and machine learning to actively interpret the environment, classify and track objects on the water. This information gives crew the data they need to make informed decisions that can positively impact cargo schedules and operational costs.

The technical capability of such systems is far advanced from what it had been only a few years ago, but the logistics associated with using them is just as novel. The ability to quickly and efficiently retro-fit existing vessels with this technology is a major selling point of autonomous systems like JETsense. Operators can implement autonomy into existing assets without the need for a new build expenditure.

For vessel stakeholders, this type of solution makes adoption much more cost effective. For vessel captains, their breadth of knowledge on any given vessel can be utilized in a totally new way. However, exactly which autonomous solution is going to make the most sense depends on a deeper understanding of the technology and how crews will both use and interact with it.

“There are various levels of autonomy that can be used by operators today,” Seaman told Workboat. “All of which, except fully autonomous, require some level of human interaction. This may range from human on the loop technology where humans are onboard to human on the loop remote command and control from another location. There will always be a role for humans to play even in an entirely autonomous ecosystem, human tasks will simply shift to more service-oriented segments.”

Seaman mentioned that when these solutions are in place, human operators can be elevated to being supervisors of systems. Rather than physically having their eyes trained on binoculars out the window for hours a day, crew members can instead focus on more critical areas. Instead of having to physically set the vessels course and speed every time it needed to be changed, the system can do this automatically. AI computer vision has the ability to detect, classify, and geo locate objects and vessels on the surface of the water much faster and more accurately than a human being ever could.

The fusion of computer vision with conventional marine sensors enables autonomy at this especially deep level. It helps autonomous vessels comply with the rules of the road when it comes to functions of a “lookout.” Computer vision also helps fill in the gap that the limitations of radar create with smaller vessels, debris, marine life, and other objects on the surface now being detected. Ultimately, computer vision can bring autonomous vessels to the next level by creating a more self-sufficient and balanced technology.

More and more people understand the benefits of giving human operators more accurate information about their surrounding environment to enable better, more informed decisions. That understanding isn’t always enough though, as the effective adoption of autonomous technology in the maritime industry will take a holistic approach that connects people, technology and processes. 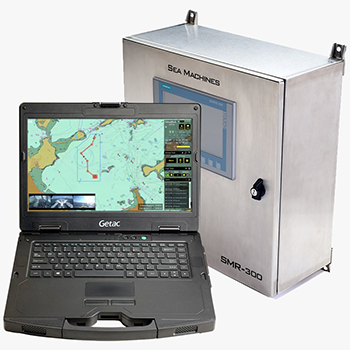 Are you ready for adoption?

Autonomous vessel products and advanced sensor packages are set to be introduced throughout much of the world's fleet over the next decade. The technology will compliment current manned operations and shape what the future decades of shipping really look like, making it all that more important for stakeholders to understand where and how it can make sense for them today. But what if someone still believes an advanced vision package is going to be too complicated or expensive to enable?

“Our computer vision system at Sea Machines was developed by mariners, for mariners,” Seaman said. “It was designed with simplicity, ease of use, and value in mind. By understanding the costs that owners and operators incur to run a vessel as well as knowing the extent of nuisance alarms and less than user friendly navigation equipment in many wheelhouses and on the bridge, we set out to change that.”

While there are technology challenges inherent in autonomy, many other questions arise outside of this segment when it comes to remote vessel connectivity and satellite reliability/redundancy. Additionally, the lack of regulations and permissions behind utilizing the technology can stifle an otherwise interested operator. However, all of these items can and will be worked out over time and expanded as the industry scales.

While market realities and the direction of the maritime industry as a whole will shape what the future of autonomous technology looks like, adoption is driven by the sort of value it will create today, raising the question of whether or not it’s worthwhile to take on the costs and work through the logistics of adoption. Answers there will always depend on the people, technology and processes that are involved, but these questions need to be actively worked through rather than passively considered. It’s why solution providers have a rather simple piece of advice for anyone exploring their options with the technology.

“Try it first,” Seaman mentioned. “I am never really surprised that the largest opponents of the technology are those who have never used it themselves. Test it. Hold the technology to the same standard you would a new mate or captain. We need to continue to build our relationship with this new technology the same as we would a new crew member. Only then can we begin to better understand and trust autonomous systems.”

The evolution of autonomous technology continues