The first U.S.-flagged Great Lakes freighter to be built on the Great Lakes in nearly 40 years, the Mark W. Barker — while still under construction — was “launched” or otherwise floated in the water in the large drydock at the Sturgeon Bay, Wis., shipyard. 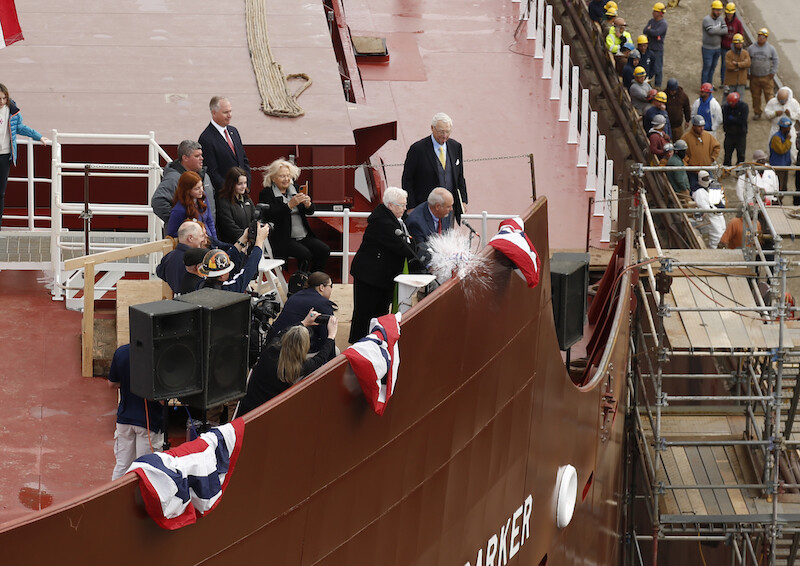 A formal maritime tradition, a launching ceremony honors the first time a boat is transferred from land to water.

“Today is truly gratifying for our company to commemorate the first time the completed hull of our new ship has touched water,” Mark W. Barker, president of Middleburg Heights, Ohio-based Interlake Steamship and namesake of the new vessel, which is the first new ship constructed for the company since 1981, said in a statement announcing the launch.

The new River-class, self-unloading bulk carrier is believed to be the first ship for U.S. Great Lakes service built on the Great Lakes since 1983. The 20,000-DWT ship will transport raw materials such as salt, iron ore, and stone to support manufacturing throughout the Great Lakes region. It will have a height of 45 feet. 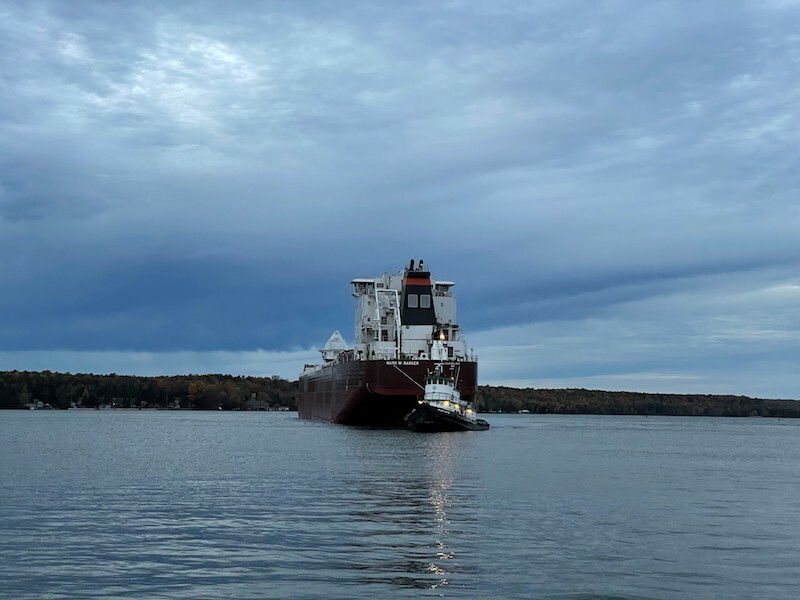 The ship is expected to be complete and underway in spring 2022. In the meantime, interior work on the vessel’s accommodations and mechanical and engineering systems continues.