The National Transportation Safety Board opened the public docket Wednesday as part of its ongoing investigation of the April 13, 2021, fatal capsizing of Seacor Marine's liftboat Seacor Power near Port Fourchon, La. 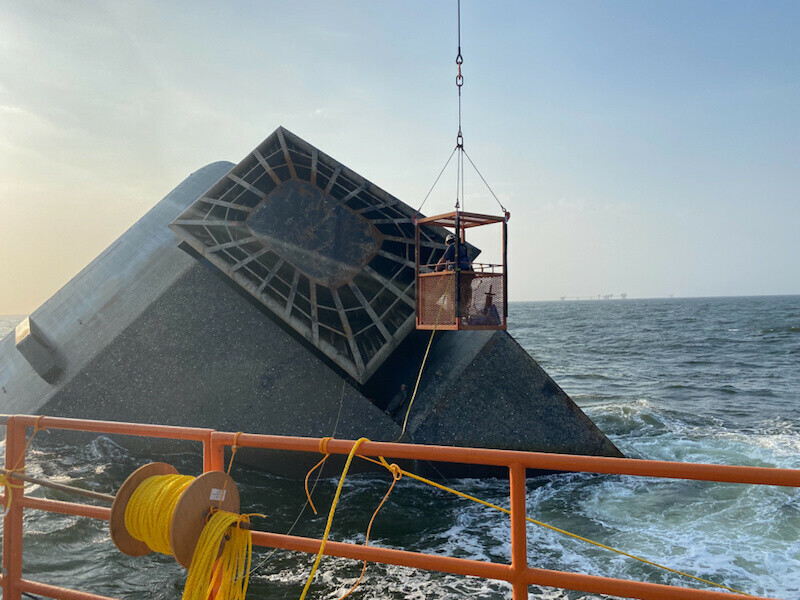 In May 2021, NTSB issued a preliminary report about the accident. In that report, NTSB said Seacor Power left Port Fourchon at about 1:30 p.m. April 13, bound for the oil and gas lease area Main Pass Block 138 in the Gulf of Mexico. A weather report emailed to the vessel at 7:02 a.m. that day predicted afternoon winds at 9 to 12 knots from the southeast with 3' seas.

NTSB investigators learned that at about 3:30 p.m., as the Seacor Power transited the open waters of the Gulf, a squall passed over the liftboat. With visibility dropping and winds increasing significantly, the crew decided to lower the liftboat’s legs to the seafloor to hold the vessel in position until the storm passed. The crewmember at the helm attempted to turn the Seacor Power into the wind as the legs began to descend. Before the turn was completed, the liftboat heeled to starboard and capsized.

A total of 19 personnel were aboard the vessel, including nine crew, two galley staff, and eight offshore workers. Six people were rescued by the U.S. Coast Guard and good Samaritan vessels, six people died and seven people are missing and presumed dead.

The docket for the investigation includes more than 8,000 pages of factual information, including interview transcripts, a meteorology report and other investigative materials. As the investigation continues, additional material may be added to the docket as it becomes available.

The docket contains only factual information collected by NTSB investigators; no conclusions about how or why Seacor Power capsized should be drawn from the information within the docket. Analysis, findings, recommendations and probable cause determinations related to the capsizing will be issued by the NTSB in a final report at a later date.

NTSB investigators have interviewed survivors, other personnel who previously crewed the Seacor Power, representatives for the owner and charterer, vessel inspectors and surveyors, and search and rescue responders.