In the week ending June 6, the U.S. average diesel fuel price increased by 16.4 cents from the previous week to $5.703 per gallon, the U.S. Department of Agriculture said today.

Up 242.9 cents from the same week last year, this week’s price surpassed by 8 cents the previous record of $5.623 per gallon set on May 9, the USDA said. The current spike follows three weeks of declines during which the diesel price fell by 8.4 cents per gallon. 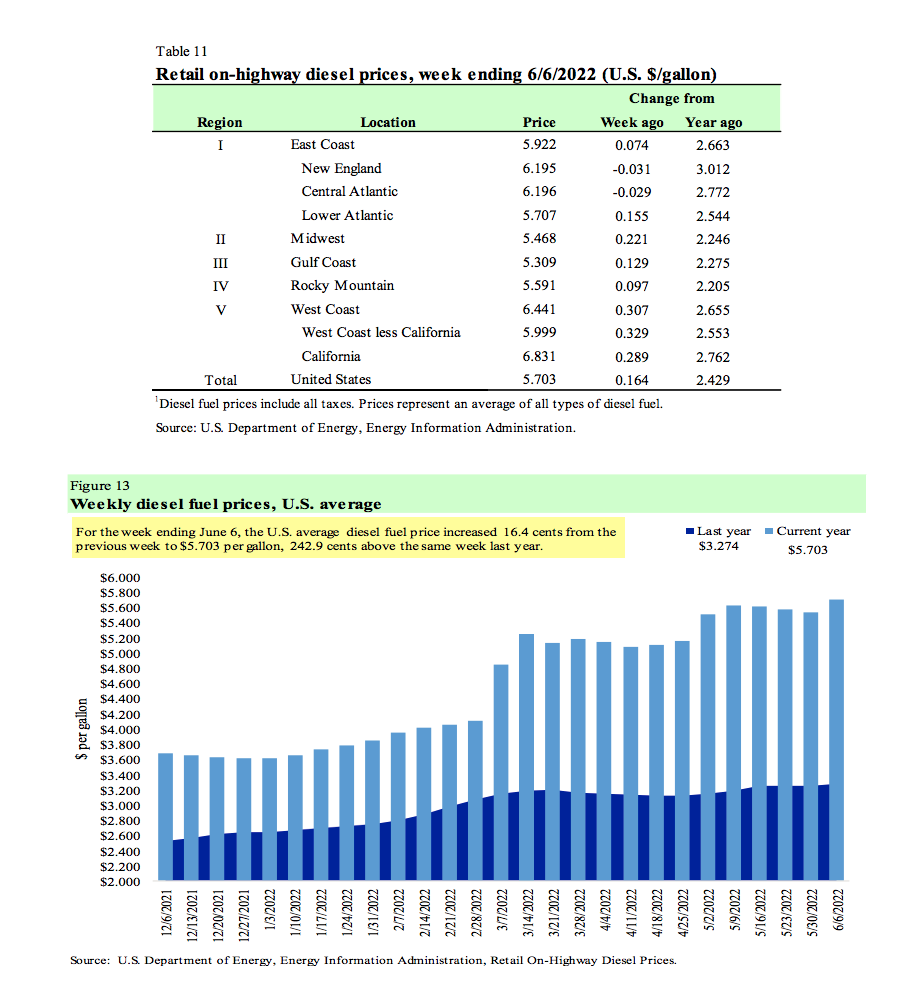