United Parcel Service says it is running a pilot project to move trailers by barge across New York Harbor, an alternative to trucking on the region’s notoriously congested roadways.

The experimental shuttle runs a 4.5-mile route across the harbor between Red Hook in Brooklyn, N.Y., and Bayonne, N.J. That compares to a nominally 19-mile highway route through Staten Island and over the Verrazzano-Narrows Bridge.

Marad is promoting more use of short-sea freight operations through its America’s Marine Highways Program. New York City officials are looking to a renewal of barge transport – once a mainstay of the city’s everyday supply chains – to reduce heavy truck traffic, pollution, and congestion.

Meanwhile, in Massachusetts, UPS has been looking at barge transport as an alternative to Steamship Authority ferries for getting its deliveries to Nantucket this summer, according to Massachusetts media reports. 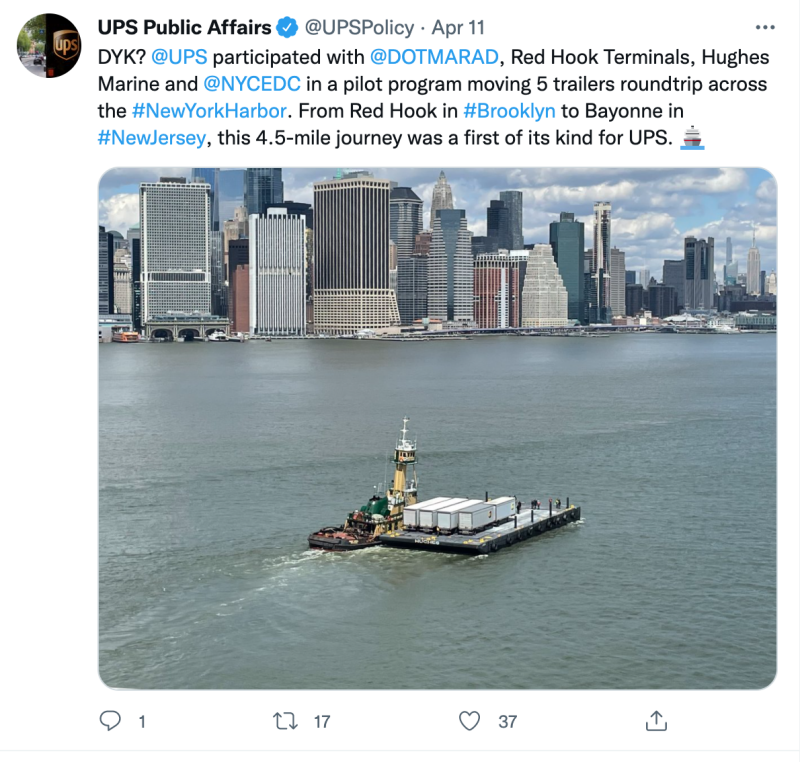