When you call 911 from a cell phone on land, the dispatcher can usually determine your location in just a few seconds between your phone’s internal GPS and the location information available from the cellular network. However, this is not necessarily the case when a mariner transmits a distress call over a VHF marine radio. Instead, search and rescue authorities rely on radio direction finding systems to locate mariners in distress—even when those individuals are unable to determine or communicate their position.

Why Do You Need a Radio Direction Finder? 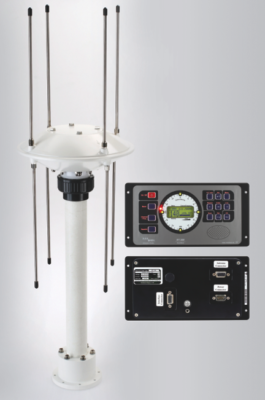 The RT-300 is a cost-effective radio direction finder covering the VHF marine and aviation bands. It can home on activated emergency beacons, including EPIRBs, PLBs, and other man overboard beacons / marine survivor locating devices. The RT-300 can be controlled via a NMEA interface for integration into other systems.

overboard by homing in on the signal from a crewmember’s personal locator beacon, man overboard beacon, or even a handheld radio.

Although most modern marine survivor locating devices are equipped with an internal GPS, it might take some time to “lock on” to enough satellites to determine a location. A direction finder can still home in on a beacon, even if the internal GPS fails to capture a position fix. This provides a level of redundancy by enabling the vessel to locate a nearby emergency beacon with no external infrastructure requirements such as GPS or COSPAS-SARSAT satellites. When the beacon does establish a fix, the latitude and longitude can be decoded and presented on the display control unit.

Knowing the direction that a radio signal is coming from can also improve overall situational awareness, especially when a transmission does not include a vessel name. This benefit is most useful when the direction finder is integrated into other systems, allowing the line of bearing to be displayed over an ECDIS display alongside radar and AIS targets.

And finally, there is a long tradition of mariners rendering assistance to those in distress at sea. Having a line of bearing from a direction finder can help locate nearby vessels in distress, by providing additional context to a “MAYDAY” call over the radio. Even if the vessel is not able to render direct assistance, providing a line of bearing to the Coast Guard can help narrow down the location of the MAYDAY caller and expedite a search and rescue response.

RHOTHETA Elektronik GmbH is a pioneer in the radio direction finding industry, with

The RHOTHETA RT-500-M features a self-contained antenna unit, with both the wideband receiver and direction-finding processor contained inside a weatherproof, cylindrical antenna. The antenna unit is connected to a display control unit by a single cable, which carries both power and data for easy installation.

more than 30 years of experience behind the firm’s line of airborne, marine, and land-based direction finders. Thousands of systems have been deployed around the world, and more than 200 organizations rely on RHOTHETA products. The company, which began as a two-person startup in a small apartment, has grown into a successful business with worldwide operations based in a state-of-the-art facility in Murnau, Germany.

Both RHOTHETA Elektronik and RHOTHETA International are ISO 9001:2015 certified, whereby each direction finder is carefully manufactured or serviced, calibrated, upgraded, tested, and documented with the knowledge that a human life may depend on its performance, accuracy, and sensitivity.

As a relatively small firm compared to others in the industry, RHOTHETA holds a competitive edge through a keen dedication to customer service and an optimal price/performance ratio. Customer satisfaction is vital, because RHOTHETA does not have other product lines or business units–the company specializes exclusively in the design and production of radio direction finding equipment. With a strong awareness that many customers use radio direction finders in lifesaving search and rescue operations, repairs are turned within 48 hours on average to minimize downtime.

The self-contained design of RHOTHETA’s antenna units—which include both the wideband receiver and direction-finding processor—makes for an easy installation compared to other direction finders. The antenna unit and the display control unit are connected by a single power/data cable, which reduces the potential for interference and eliminates the need to run RF cabling to the antenna.

RHOTHETA radio direction finders are designed for easy integration into ECDIS and mission-specific software. Direction finders are more valuable when integrated into these systems because displaying the line of bearing alongside other mission data improves overall situational awareness. It keeps crews from having to synthesize data from multiple sensors, facilitating a common operating picture. RHOTHETA’s direction finders can be controlled with a variety of industry-standard protocols.

Adapting to Customer Requirements is an area where an agile firm like RHOTHETA holds an advantage over larger competitors. The best products often result from a fusion of engineering expertise coupled with the valuable experience that an end-user brings to the design process. For example, when the U.S. Coast Guard wanted to incorporate a direction finder into SeaWatch, an integrated command and control system deployed on most cutters, RHOTHETA engineers added support for the NMEA sentences required to enable the integration. With this new feature, the RHOTHETA RT-500-M VHF/UHF radio direction finder was selected for the new Sentinel-class cutters.

How Do Radio Direction Finders Work?

One of the various methods used in radio direction finding is the Doppler technique, which calculates a bearing by measuring the Doppler shift on the signal as the antenna is rapidly moved in a circular pattern. Just as you might perceive a change in pitch in the siren of a passing emergency vehicle, the same principle can also be applied to radio waves.

Here’s how it works:

RHOTHETA has leveraged more than three decades of engineering experience in the development of their Doppler direction finders. A hallmark of the company’s design is an extremely fast rotation speed of 3 kHz, which allows for rapid bearing acquisition. To further improve accuracy, RHOTHETA direction finders alternate clockwise and counterclockwise rotations and implement a proprietary phase summation and averaging algorithm. 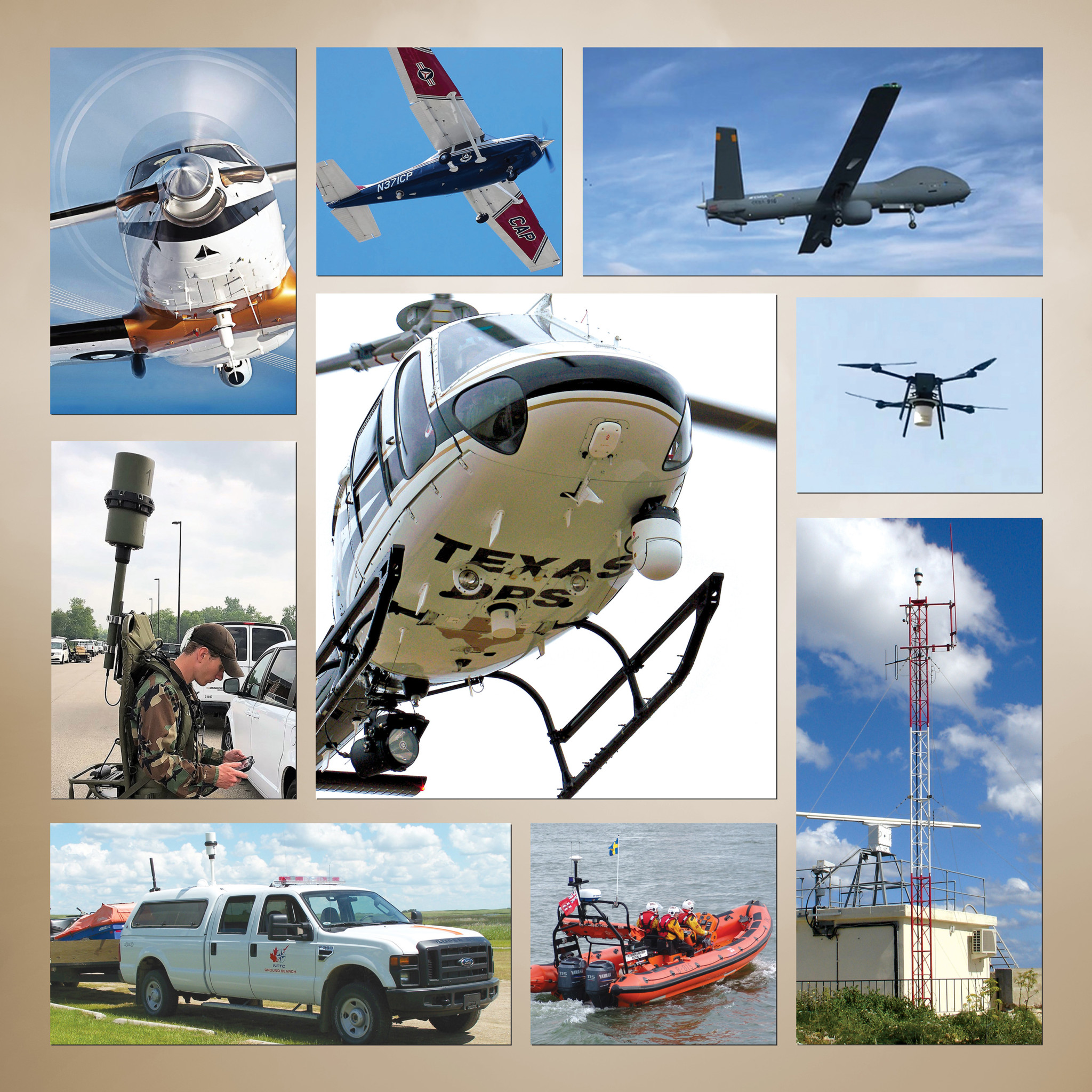 More than 200 organizations depend on RHOTHETA radio direction finding equipment including:

The COSPAS-SARSAT system—the global satellite network that monitors emergency beacons like EPIRBs and PLBs—seen a significant increase in number of rescues in recent years, with the widespread adoption of small, low-cost personal locator beacons. In the United States alone, the number of people rescued in 2019 was more than double the number just 10 years prior[1].

The second generation of COSPAS-SARSAT is on the horizon. The upgrades that will take place over the next several years will increase capacity and add additional capabilities to the system.

RHOTHETA is actively involved in the development of the second generation COSPAS-SARSAT system, participating in working groups alongside other industry stakeholders and beacon manufacturers. This new modulation scheme presents unique challenges for Doppler-based direction finding, but the engineering teams at RHOTHETA continue to develop advanced hardware and software to ensure that the next generation of radio direction finders will be ready for the new COSPAS-SARSAT beacons.

Each installation is different, and a thorough consultation with a sales engineer will help determine the best solution to meet your operational requirements. Because the location of a direction-finding antenna will have a significant impact on its performance, we recommend reaching out early in the planning and design process for optimal results.

i911 helping Coast Guard save lives