Much like the collision-avoidance and safety alert features installed in today’s automobiles, modern-day autonomous systems are now being installed aboard commercial marine vessels. Far from replacing human operators, these advanced technologies are being used under mariner control to reduce operational risk and increase safety. The top four reasons why autonomous systems are reducing risk and protecting mariners: 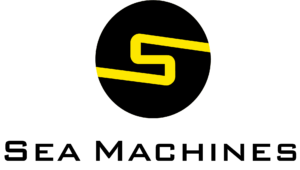 more accessible to marine operators who are looking to leverage the investment in their existing fleet.

Sea Machines’ SM300 autonomous-command and remote-helm control product is now commercially available for installation aboard workboats and small-to-medium sized vessels. Operators can also capitalize on Sea Machines’ SM200 system, which singularly provides wireless remote-helm operation of vessels and on-board equipment by way of an industrial-grade beltpack. Since their release, both products have been installed aboard existing and new-build commercial vessels to provide new capabilities across a variety of vessel types – ranging from marine spill response, survey, fire, search-and-rescue, patrol, aquaculture, dredging, offshore oil and gas, windfarm support and more.

Whether an operator chooses to utilize advanced pilot systems with a human in the loop or adopt autonomous systems for discreet missions, the marine industry will see major modernization due to these emerging technologies. Operators who recognize the potential of these systems in reducing risk, increasing safety and improving operational efficiency have the most to gain. Like modern-day marine autopilot or dynamic-positioning systems, in the near future autonomous technology will become commonplace supporting the hardworking mariners aboard.