Tidewater Transportation & Terminals announced yesterday that it has named Todd Busch as the company’s new president and chief executive officer and member of the board of directors. Busch succeeds Bob Curcio who has retired and served as president and CEO since 2013. 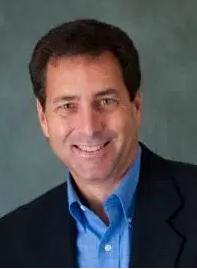 “Thanks to the entire Tidewater team, the company has a proven and solid platform for continued best in-class performance and service for our customers,” said Busch. “It is very exciting for me to be joining Tidewater. I look forward to continuing the company’s keen focus on operational excellence, safe operations, regulatory compliance, customer service and continued growth.”

“We are pleased to select Todd as our new president and CEO and member of the board of directors,” Michael Lundin, board chairman, said in a statement. “Todd is a proven and seasoned industry veteran.”

“Todd possesses a clear understanding of what Tidewater represents as far as a continuing commitment to safety, environmental compliance, and value-added service to our customers and partners,” added Marietta Moshiashvili, managing partner and co-founder of Upper Bay Infrastructure Partners.

Tidewater, founded in 1932, has evolved from a barge line that primarily handled wheat, into Tidewater Holdings Inc., a multi-commodity transportation, terminal, and marine construction and repair company. Headquartered in Vancouver, Wash., the company has nearly 300 employees in Washington and Oregon. Tidewater operates on the Columbia and Snake River System extending from the inland Port of Lewiston, Idaho, to the Port of Astoria, Ore., on the Pacific Coast.

Tidewater's Island Tug and Barge (ITB) has been serving the West Coast of Canada, the U.S., and the Arctic for over 50 years. ITB was purchased in September 2017.