The El Coquí is the first of two Commitment-class, LNG-powered ConRo ships being built for Crowley’s shipping and logistics services between Jacksonville, Fla., and San Juan, Puerto Rico. 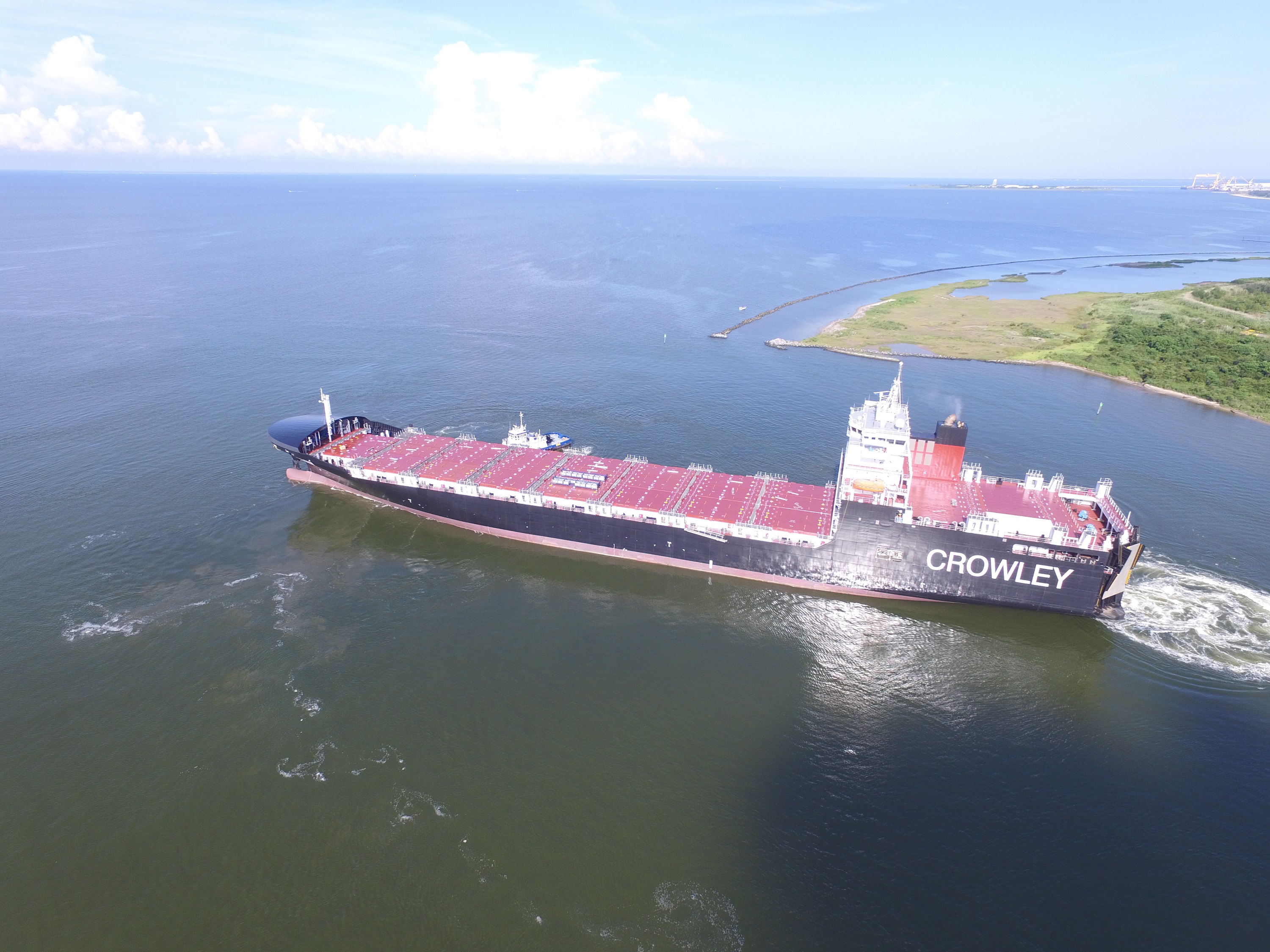 The new 720' Crowley ships, built specifically for the Puerto Rico trade, are 26,500 deadweight tons (DWT), and will be able to transport up to 2,400 20-foot-equivalent container units (TEUs) at a cruising speed of 22 knots. A wide range of container sizes and types will be accommodated, including 53-foot by 102-inch-wide, high-capacity containers, up to 300 refrigerated containers, and a mix of about 400 cars and larger vehicles in the enclosed, ventilated and weather-tight Ro/Ro decks.

“This delivery represents another milestone in our unwavering commitment to Puerto Rico and the Jones Act,” said Tom Crowley, Crowley Maritime's chairman and CEO. “We have dedicated significant time, effort and more than $550 million, which includes these new ships, to transform our Puerto Rico shipping and logistics services to world-class standards.”

“The talented workforce of VT Halter Marine is to be commended for its dedication to delivering El Coquí to Crowley,” said Rob Mullins, chief executive officer of VT Halter. “We are proud to be a part of Crowley’s long-standing legacy in transportation services, and recognize the important role these vessels will play in enhancing supply chain services for Puerto Rico shippers.”

Construction of El Coquí, which is named for the popular indigenous frog on the island, has been managed in the shipyard by Crowley’s solutions group, which includes naval architects and engineers from company subsidiary Jensen Maritime.

"This is a thrilling time for the U.S. shipbuilding industry, as evolutions in LNG technology are providing a historic opportunity for American yards and the supporting industrial base to design, build and outfit some of the most technically-advanced and environmentally-friendly vessels that are the envy of the world,” said Matthew Paxton, president, Shipbuilders Council of America.

Fueling the ships with LNG will reduce emissions significantly, including a 100% reduction in sulphur oxide (SOx) and particulate matter (PM); a 92% reduction in nitrogen oxide (NOx); and a reduction of carbon dioxide (CO2) of more than 35% per container, compared with current fossil fuels. Working with Eagle LNG Partners, the ships will be bunkered from a shoreside fuel depot at JAXPORT.

Crowley has served the Puerto Rico market from the 85-acre Isla Grande Terminal since 1954, longer than any other carrier in the trade. The company, with 300 Puerto Rico employees, offers more weekly sailings in the market than any other shipping line.