“I was shocked that some early 2005 boats that are direct-drive and non-diesel electric have been reactivated and they are working,” said Rigdon, vice president and chief operating officer of Jackson Offshore Operators LLC,  Houston. “These aren’t fuel efficient and generally not very attractive for our clients. That just tells you what demand is.” 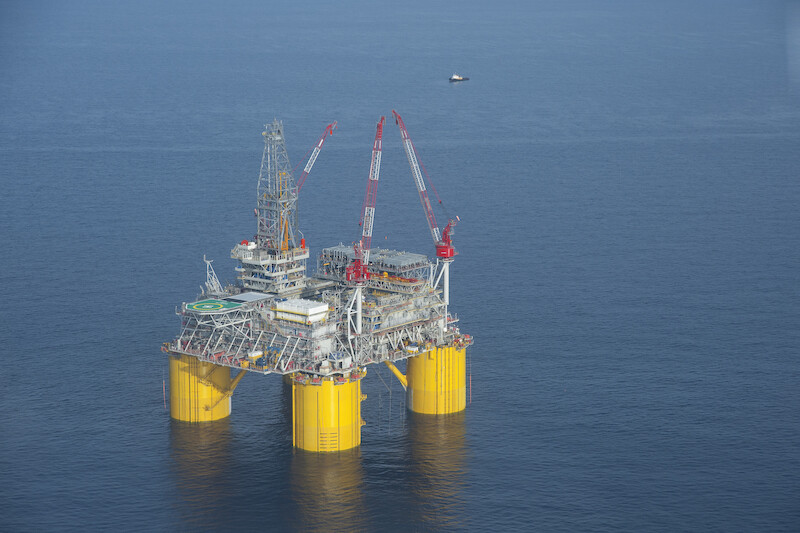 The fledgling recovery in the Gulf of Mexico oil and gas sector has brought with it a shortage of deepwater support vessels, and more notably, a shrinking pool of mariners. It is an environment strikingly reminiscent of the one described in the New Orleans Times-Picayune on May 27, 2012: “Offshore operators face shortage of qualified mariners.”

At that time, operators were two years removed from a federally enacted shutdown in response to the deadly Deepwater Horizon blowout and oil spill. Ten years later, they are in the second year of recovering from the Covid-fueled market crash and, again, history has come a calling.

In 2012, however, the fleet of deepwater support vessels was sufficient, but crews were lacking. Today, neither are readily available. Also, as of Sept. 2, S&P Global Petrodata listed 27 rigs under contract, but roughly 19 are actually drilling, while 40 deepwater floaters were active in 2012. Though each of those rigs require at least two offshore service vessels (OSV), platform supply vessels (PSV) dominate the active fleet, servicing activities ranging from platform-based development drilling to workovers, as oil companies look to squeeze more production from existing assets. “Production support activity is what’s really driving deepwater demand,” said Rigdon.

Quintin Kneen, president and CEO of Houston-based Tidewater Inc., the world’s largest workboat company, agreed. In the company’s second-quarter earnings call, he said they have “been catching up on deferred maintenance and looking for ways to enhance production. The rigs that are now going back to work as well as the offshore wind farms that are being constructed are adding another layer of demand and we’re going to see that come in 2023.”

Multiyear high day rates, however, have been partly offset by four-decade-high inflation that has seen the costs for everything from diesel to maintenance skyrocket, compounded by exasperating supply chain issues affecting the entire infrastructure.

“We’re seeing inflationary pressures, and that’s frankly why the industry is able to get some of this pricing. We need it to absorb some of the inflationary costs,” said David Grzebinski, president and CEO of Kirby Corp., Houston, the  largest tank barge operator in the U.S. “We repair a lot of barges and steel is up over 200 percent. And, as expected, significant supply chain issues delayed many new equipment deliveries during the (second) quarter.”

Higher costs, however, pale compared to the wages and benefits vessel owners must pay to keep crew from jumping ship. That is, if they are able to attract willing bodies after scores of mariners were discarded in the latest downturn. Many are reluctant to return to an industry they view as fickle. 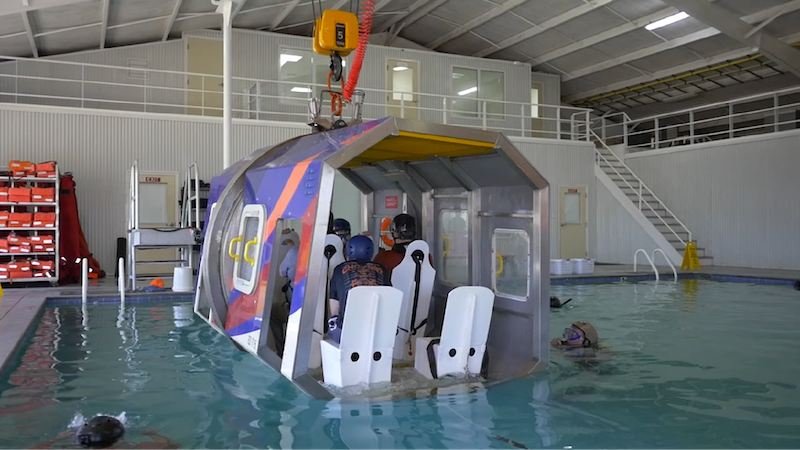 The challenge of attracting and retaining mariners is expected to be around for the foreseeable future. According to the U.S. Bureau of Labor Statistics, overall employment for broadly defined water transportation workers is projected to grow by 12% a year or roughly 8,400 vacancies each year until the end of the decade, growing faster than the average of all occupations measured.

“There’s stiff competition for Jones Act-qualified mariners right now and I don’t think it’s going to abate. We’ve seen a big reshuffling where people with high skills can pick whatever they want from a range of jobs,” said Sanchez, who noted that pay for dynamic positioning (DP) officers have nearly doubled to as high as $850 a day.

To help bring more non-mariners into the fold, Kirby started its own U.S. Coast Guard (USGS)-accredited school last year, providing training from entry level deckhand to the wheelhouse. "In an effort to curb an industry-wide employee shortage, Kirby recruits and trains individuals with no maritime experience, and also trains experienced mariners through continuing education courses," said a company spokesman.

Unlike many of its peers, Jackson Offshore managed to avoid layoffs by keeping its six PSV under long-term charter during the downturn. “We have an advantage in that the guys who work for us, worked throughout the downturn, when others were getting laid off. So, we’ve definitely garnered some mariner loyalty,” said Rigdon. “But the market overall is extraordinarily tight for mariners.”

The labor woes go beyond on-board personnel. If vessel owners are able to successfully navigate supply chain hiccups and acquire needed parts, finding specialists to work on engines, electrical, DP, automation systems and the like can be a struggle.

“Our major vendors are having a hard time getting labor as well,” said Rigdon. “So, if you can get the parts you need, then it’s a matter of having qualified labor from the vendor to do the work. That’s driving some serious delays in repair work, as well as any more reactivations that may or may not happen in the future.”

Reactivating acceptable deepwater vessels is unlikely to fill the void as only 16 PSVs over 4,000 dwt remain stacked, said Rigdon, and returning them to service would cost no less than $4.5 million per boat. “I think we’ve kind of hit the wall on the number of reactivations we’re going to see,” he said.

Contributing to the tightness in the Gulf fleet, a number of vessels have relocated, most prominently to the Caribbean deepwater strongholds of Guyana and Suriname, where 26 of the 46 active deepwater support boats are U.S.-flagged, Magda Rodriguez, S&P Global senior analyst, Americas, said in a Sept. 1 email. 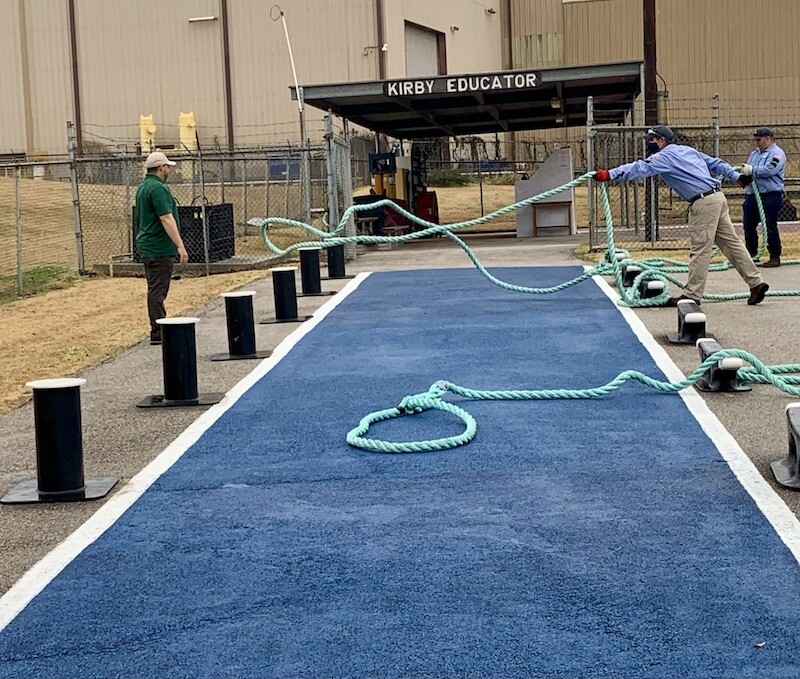 More than a geographical realignment is taking place. Vessels that once delivered completion brine and other consumables to production platforms are now doing anything but, most notably offshore wind support, but also activities like ocean cleanup, scientific research, expanded port services and even space exploration. Last year, a division of Elon Musk’s SpaceX Corp. bought two PSVs for use in retrieving rocket parts, Sanchez said.

“The (stacked) boats got so cheap that they became commercially viable for a lot of different groups,” he said. “The deepwater is now competing with a number of entities and it’s not just (oil and gas) operators trying to get boats. The point is, these boats are going back to work, so they’re all competing for the same pool of mariners.”

Sanchez said it’s gotten so tight that 1,500- to 3,000-dwt boats are being reactivated for deepwater work. “We’ve seen increased demand for smaller boats, because they kind of ran out of the high-end boats and they still have to move stuff,” he said.

Far from the Gulf, those smaller vessels, more suitable for shallow water exploration, are finding ample opportunities in places like the Arabian Gulf off Saudi Arabia.

“(Saudi) Aramco has been very public about bringing significantly more jackups (drilling rigs) into the Kingdom and in turn, came out for a large 20-plus OSV tender in the second quarter to support this uptick in activity,” Tidewater’s vice president of sales and marketing Piers Middleton, said during a company earnings call earlier this year.

Jim Redden is a Houston-based independent journalist, specializing in the oil and gas and associated energy sectors. He has more than 47 years of diverse communications experience, ranging from newspaper and magazine reporter and editor to corporate communicator. Redden holds a BA degree in journalism from Marshall University in Huntington, W.Va. He can be reached at [email protected].

Jackson Offshore acquires PSV that is under contract to Shell