Bristol Harbor Group, Inc. (BHGI) is a full-service naval architecture, marine engineering, and consulting firm located in Bristol, RI. BHGI has been in business for more than 25-years and has produced numerous designs, 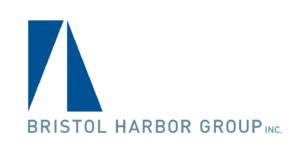 to which hundreds of vessels have been built. BHGI specializes in commercial vessel design and consulting and has experience with tugs, barges, ATB units, passenger vessels, workboats, dredges and floating dry docks.

Recent projects BHGI has completed or is currently working on include the construction oversight of a second new tug for the New York Power Authority which was also designed by BHGI. BHGI developed the design for three 403’ x 74’ x 32’, 80k BBL ATB oil barge units all of which were built and delivered. BHGI is providing the detail design of the Mat Boat for the new Mat Sinking Unit on the Mississippi River. BHGI is also developing the design of a 400 passenger, Subchapter K, aluminum monohull ferry. BHGI has been tasked a number of projects through their second Indefinite Delivery/Indefinite Quantity contract with the U.S. Army Corps of Engineers, Philadelphia District, Marine Design Center, among many other oil and deck barge designs.