One of the winches is a 100-hp, single-drum, Ice-class electric towing winch, model TES-34UL, that has to fit inside an enclosed winch room on the stern with the towing wire emerging through a small aperture in the back of the winch room. 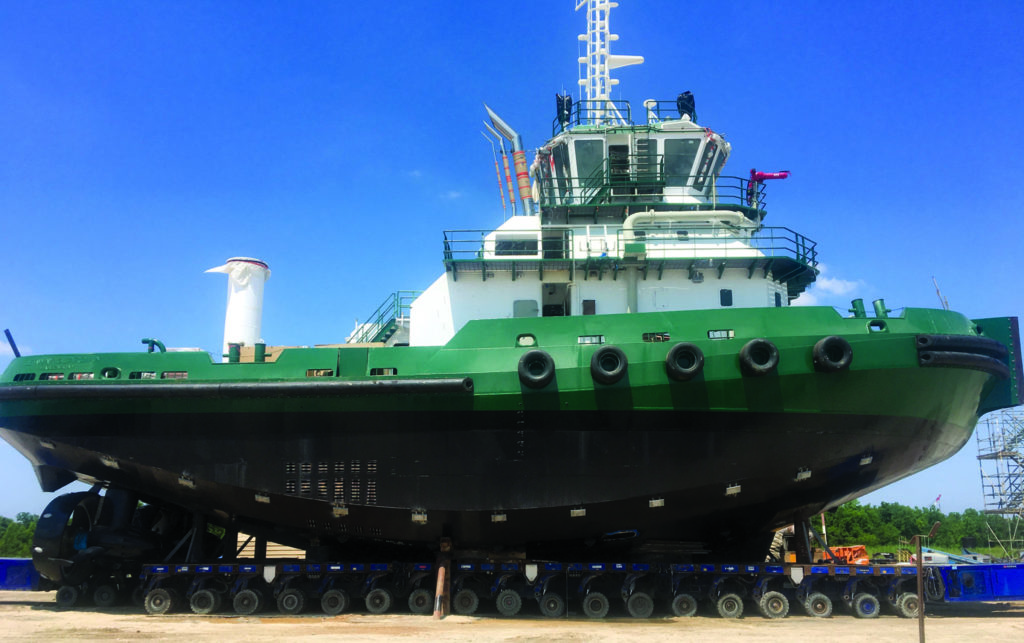 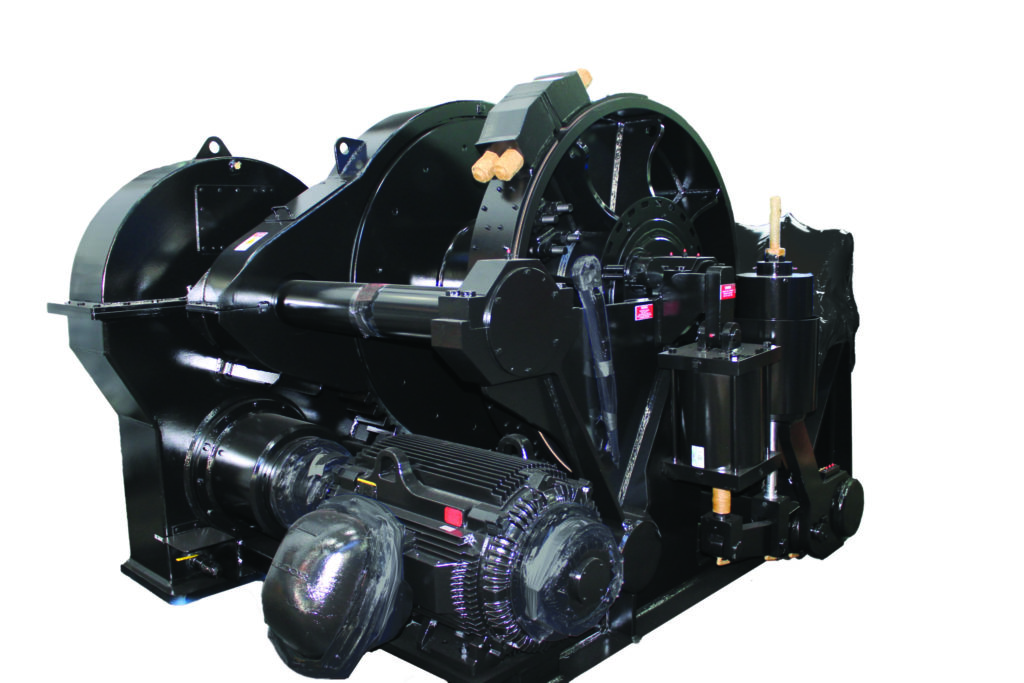 That’s not a common way to set up a towing winch, but Markey had done “similar applications for tugs operating on the Saint Lawrence Seaway,” said Scott Kreis, Markey Machinery’s vice-president of sales and engineering.
Another uncommon feature for the towing winch is a line tension display system. “It’s quite common on rope winches on the bow, but not on towing winches.”

For the next two tugs, G&H Towing told Markey that “they wanted something to give them enhanced operations while doing escort work,” said Kreis. Markey’s answer was an electric Class-3 100-hp escort winch, the DESF-48A, that was recently developed with line pull that would be equal to the tug’s performance. “It would give them more capability in escorting maneuvers.”

The only problem — and it led to a new feature on the escort winch — was a lack of room on the bow between where the winch was to be mounted and the staple. The shorter the distance the greater the angle the line has to come at to the level wind, which induces a higher load on the level wind.
That required designing a much more robust level wind. “It was a new thing for us,” said Kreis. The first of the new escort winches with the beefier level wind, the Class-3 DESF 48, was shipped to Gulf Island Shipyard in mid-November. 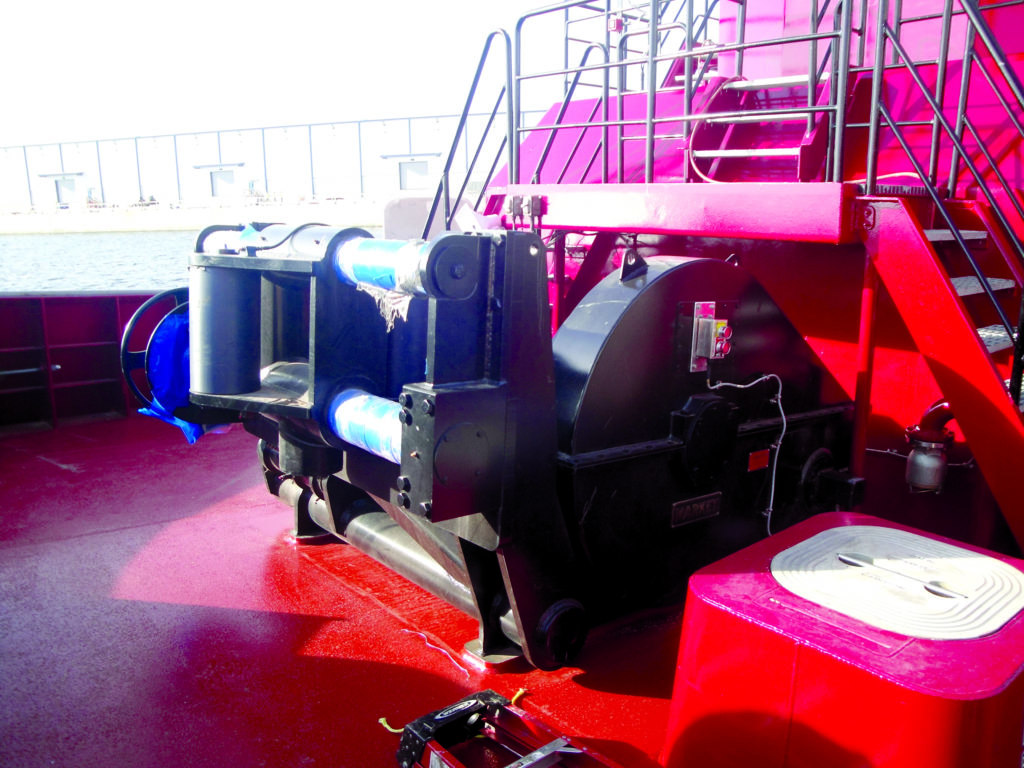 Everything that goes on a tug’s deck for working vessels doesn’t have the size, weight and power of a towing or escort winch, but that doesn’t make it any less important.

The first of the two tugs, the C.D. White, was launched this past August and is scheduled for a late December delivery. The second tug, the A. Thomas Higgins, will be delivered in May or June 2020. The 5-hp capstan — model CEPB-40 — had to be designed to “drop into the mounting foundation for a tow hook they have on the stern. For us it’s unusual,” said Kreis.

That required Markey to work closely with the naval architect “so it would fit within the shipyard supplied integrated piece and to evaluate the forces within the foundation for the capstan.”

The same tugs have a Markey DEPCF-42 HS electric escort winch on the bow with 500′ of 8″ HMPE line. It’s the fifth and sixth time E.N. Bisso has used this model winch on a new tug.

Markey Machinery is currently developing a new class of escort winch. It’s being driven by the recognition that the size and weight of contemporary winches “have quite an impact on tug design and performance,” said Kreis. The goal is to reduce a future winch’s size and weight while enhancing the winch’s performance.

Markey is working with some customers and naval architects to help evaluate the developing design. It will be called the AGILE-class escort winch which, Kreis noted, “is spelled with all caps” to emphasize its importance.