After 30 years with Marquette Transportation Co., John Eckstein has assumed the role of executive chairman of Marquette and transitioned his duties as CEO to the company’s president, Damon Judd.

As executive chairman, Eckstein will continue to work actively with Marquette’s leadership team and Board of Directors to set the company’s strategy and to engage with core customers and other key stakeholders. 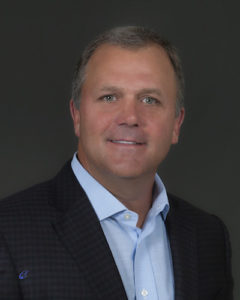 Raised on the banks of the Upper Mississippi in Cassville, Wis., he developed his passion for the river at a young age. The youngest of Ray and Kay Eckstein’s eight children, towboating was an integral part of his upbringing through his family’s ownership of Wisconsin Barge Line and the initial founding of Marquette when he was a teenager in 1978.

Eckstein spent his summers working as a deckhand while he attended Coe College in Cedar Rapids, Iowa, where he earned a B.A. degree in Business Management and Economics. Following his graduation from Coe, he completed a Master’s in Business Administration with a concentration in Finance at Vanderbilt University.

Following two years working as vice-president, Institutional Bond Sales for Merrill Lynch, Eckstein returned to Marquette as a dispatcher in 1990.

He succeeded his father as president and CEO of Marquette in 1991 at age 27. At the time, Marquette operated five towboats as a small “tramp tower” on the Mississippi River. Over the 29 years he has led Marquette, he successfully built a leading provider of towing services with over 135 tow and tugboats operated through its river, Gulf-inland and offshore divisions.

“The last 30 years have been an incredible journey for me and the Marquette team,” Eckstein said in a prepared statement. “I’m extremely proud of what we’ve built and appreciate the friendships I’ve been able to establish across our industry. This does not mark my retirement from Marquette — the future of our company and our employees remains very important to me and my family.”

In recognition of his accomplishments and contributions to the inland marine industry, the Seamen’s Church Institute (SCI) awarded Eckstein its River Bell Award in December 2018.

In addition to his duties as executive chairman of Marquette, going forward Eckstein plans to spend more time with his family and on other professional and charitable projects with which he is involved.